Thank you Joyce.
To join in click HERE
1. How would you define 'old'? At what age is someone old?
I know that when I turned 60 it was the first time I felt old. In my head it was "my grandparents were in their 60's!" Of course now I'll be turning 70 in October.
I would love to think that old is someone near 90. The majority of elders in my family were all around or over 90. My dad was 2 months shy of 97 and my mother in law turned 93 in January and still lives alone like my dad did.
However on the news lately I keep hearing of  younger people, around their 70's, who have passed away. I do think that things that were introduced in my generation, like foods, were not as healthy as what my elders ate. Too many chemicals being used.
There is a good book out there that talks about that.  It came out in 2009 and it's called Food Rules by Michael Pollan. The one thing I remember is that he said to just eat the outside isle of the grocery store.  Usually you will see that the outside isle are fruits, vegetable, dairy and meat.
I would imagine that he has come out with a newer book since then. He said "don't eat anything your grandparents or great grandparents couldn't buy in a grocery store when they were younger."

2. A place you've been that's old? Tell us something about your visit there.

I'm not sure but I'm feeling that a lot of things I saw when we were in Europe were especially old like the Notre Dame Cathedral  built from 1163 and 1245. It was one of the best trips I've ever made and I would love to go back.

3. Something you miss about the 'good old days'? When were they anyway?

I miss being young and not having any worries like I have today. What I am finding is that the phrase "Golden Years" is not necessarily that golden. Of course these last  18 months haven't helped!

That's an interesting question. My parent both cared about others, they had hearts of gold. I feel I took after them but I also feel that my heart is getting cold. It saddens me.

I would have to say that my daughter Amber is a chip off the old block when it comes to spending money on things we don't need. Amber takes after Mark a little more when it comes to the heart but has some of me in there too. Adam has a very kind and caring heart.

6. Insert your own random thought here.

I'm going to have a post in the next few days about us babysitting James. This is Roxy and Gracie after grandpa took them for their morning walk. 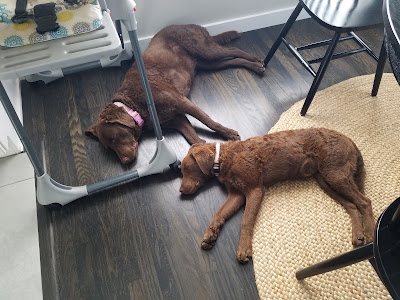 The older I get the older "old" gets...lol
Roxy and Grace must have had a good walk.

My dog is old. My husband is old. I am old. And the worst part of it all is all three of us in the past couple of months have begun to feel old. That's all I have to old. I would love to walk your to Grand pups. And unfortunately the dad that made me crazy when I was living at home I share his DNA like we were made from the same seed and I would don't want to I wanted to be like my mother

Love the photo of the dogs. Sometimes that's how I feel after my walks. lol

A kind and caring heart is the best to have.

Those dogs look like I feel after a walk in the humidity here :) My mom is 91 and still looks younger,is sharp although there are naturally some memory gaps, and physically she's in pretty good shape too. Still mobile which I think is the key to staying young. Stop moving and you grow old. Have a great day!

Grandpa must have taken them for a long walk - they look tired!
I agree - what I used to think of as old - I don't anymore! lol
I have heard to just eat the outside isle of the grocery store as well. Jumk is in the middle.

That book sounds really interesting. "Eat only the outside aisles" ... yessss! I, too, miss being young and naive. I trusted more and nothing hurt. LOL. I wish I were more like my late mother, hard-wired for kindness. I totally get what you mean about your heart getting cold.

Having a heart of gold is priceless. Glad you got that trait.


1. As I am coming up on turning 78 I am shocked at how old that sounds to me. Most of the time I don't feel that "old". Hubby will be turning 80 in a few months and I find that hard to grasp.
When someone called us Elderly when we were in our late 60's I thought what in the world is he talking about..I guess age is all relative...
2. Hubby and I have been to Israel..amazing to walk where Jesus walked..that's old to me.
3. I do miss the seemingly innocence of the good old days...especially when kids were't exposed to the adult world the way they are now through TV and everything digital.
4. I think I got my love of photography and art from my Dad and Grandpa. That has filtered down through both of my sons too.
5. Old Testament...our pastor has been doing a series on Jonah...It has been a real eye opener...such gems I never thought about or ever knew beyond the Jonah and the whale story.
6. Random thought....If we want our faith to get stronger, we need to navigate some deep places...Bob Goff
Enjoy your time with James. I am looking forward to seeing your photos.
Sue

Roxy and Gracie look so sweet! If they went for a walk to tire them out, it worked! Isn't it funny how the older we get the younger 'old' seems?

Once we hit 80 we're officially very old. That tickles me and I'm proud of it.

Right now my body is feeling older than my mind. I think the only part of me not hurting on a regular basis would be my feet!

Whenever people were calling the house I lived in with my parents, I always had to say that I was the daughter as we sound very similar. At least on the phone!

I enjoyed your answers. I read that book. My daughter had it for a college class and I kept it because it was a good one.

Hi Debby ! Long time since I posted or even looked at blogger. So, you and I both have birthdays coming up.. I'll be 72. That looks so weird when I see it in writing. But, I'm happy to be here, happy to have all the wonderful things living 72 years has brought me. As far as what's "old" I always think of old age as 10 years older than me... And did you know Aunt Bee was only 58 in the Andy Griffith Show ?? I know, right ? Anyway, I do feel old in my bones ( recently broke my tailbone on a camping trip ) and my hands are showing their age with arthritis.. And sometimes, getting older means losing those around you... my brother, one of my sisters, Braxton and Lulu and friends throughout my lifetime. This past 18 months have aged me..really has. But now I'm trying to focus on living, focus on those that are still living, and hoping we can all find peace with our daily lives. Good to talk to you again "old friend" <3 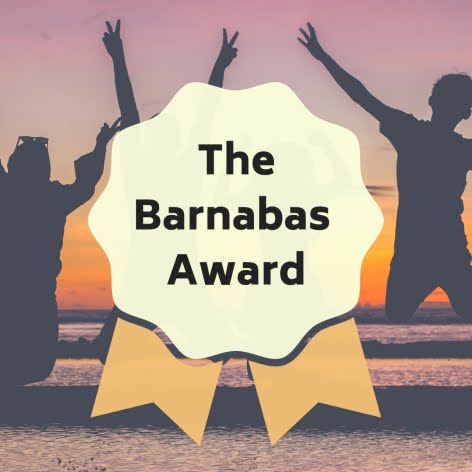